Angsty pop sensation Halsey will return to Denver this summer, taking over Red Rocks Amphitheatre during “The Manic World Tour” on July 27. The “Bad At Love” singer will bring along pop/hip-hop musician blackbear and rock band PVRIS making for a genre-spanning triple threat. Halsey’s forthcoming performance marks a return to the iconic venue for the performer, who last hit the amphitheater in the summer of 2018.

Halsey has not released an album since hopeless fountain kingdom in 2017, but that didn’t stop her from releasing the chart-topping one-off “Without Me” in the fall of 2018, her first Billboard 100 number 1 hit as a solo artist. Her highly-anticipated new album, Manic is slated to drop on January 17. The album, the Grammy-nominated singer’s third official release, has been preceded by hits like “Graveyard” and “SUGA’s Interlude” featuring South Korea’s burgeoning pop group BTS. 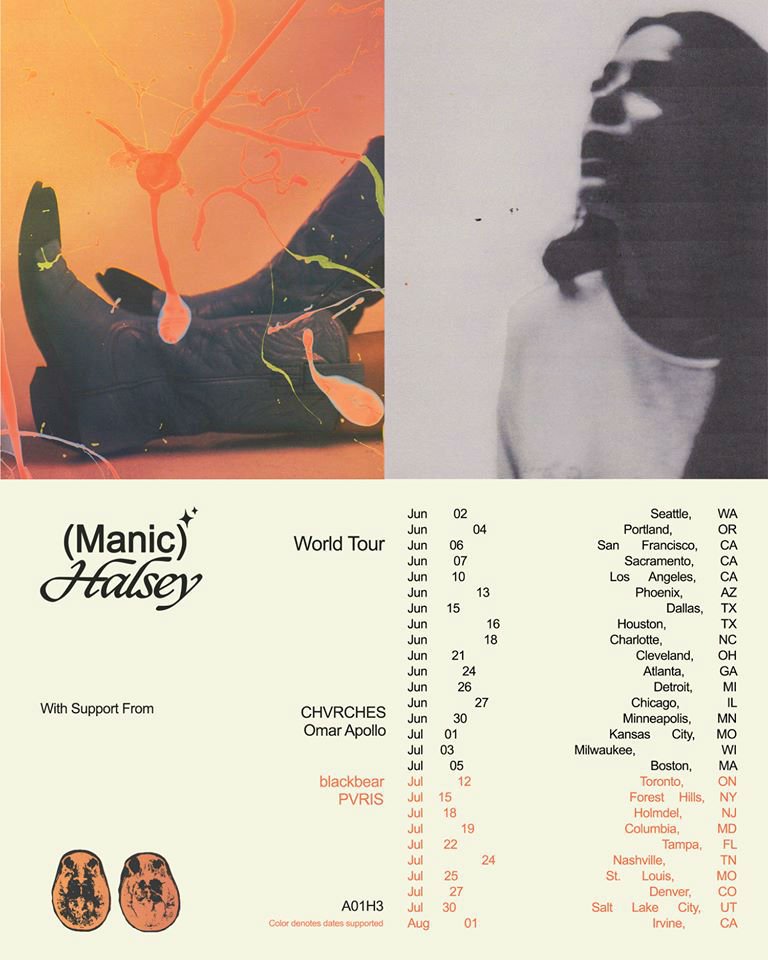